With all due respect to my better half, this was an important Morrissey gig.

By attending, I got to see him as a solo artist as many times as I’ve seen Barry Manilow with her –  and, in my grand scheme of things, that counts for a lot.

Baz or Moz? Nothing against the former, but the latter has been an endless source of fascination for almost 35 years.

This show at Birmingham’s Genting Arena was a wonderful Christmas present and we awoke on the morning of the gig to find the worst of the winter weather had duly arrived. Snow was pelting down and travel arrangements were hurriedly checked to make sure the trains were running that would get us to the Second City and back.

Thankfully they were because we got to see Morrissey on fine form – probably the best he’s been for a decade or so at least.

Thankfully he did without a support act as I’ve found most of his over the years haven’t been anything special and instead we were treated to a collection of what I presume were Moz favourites projected onto a giant curtain which hitherto held an image of the great Peter Wyngarde. 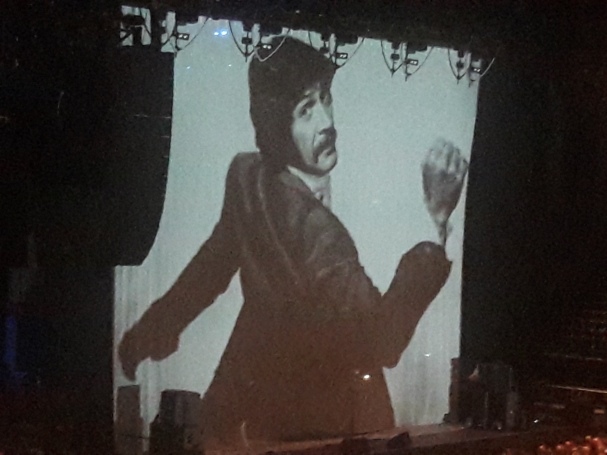 Amongst the video highlights were the Sex Pistols, The Ramones, The Four Tops and Dionne Warwick – all played at thundering volume.

Then, exactly as advertised, Morrissey strode on stage at 9.04pm and the band launched into an Elvis cover – You’ll Be Gone – before a spirited version of his debut solo single Suedehead.

The set was full of drama and passion, with Morrissey fully engaged and in excellent voice. His newer material such as Jacky’s Only Happy… and Spent the Day in Bed stood up well and he finished the main set with an outstanding trio of How Soon is Now?, Everyday is Like Sunday and Speedway before returning for a single encore – Irish Blood, English Heart.

The only thing it lacked – and I feel tremendously churlish for even mentioning it – was a certain spring; a lightness to contrast with the big, dramatic moments.

When he covered The Pretenders’ Back on the Chain Gang it suited him down to the ground and only served to remind us what his erstwhile writing partner from a certain other band used to bring to the party in terms of melody.

But you don’t have to go back that far – just to the start of his solo career.

There’s nothing in his newer work to touch the Last of the Famous international Playboys or the sharp rockabilly of Pregnant for the Last Time, never mind the aforementioned pair of solo singles with which he began his post-Smiths recordings.

It’s not that the light never goes out, he just needs to let it back in.

One thought on “Blizzard of Moz”