A band has to have a special place in your heart to consider setting off on a freezing Sunday night to watch them do a tour warm up more than 60 miles away.

But after 20-plus years I find Terrorvision occupy that place.

When I’m asked `who do you like?’ the list inevitably runs through Prince, The Smiths, The Bunnymen, Sly & the Family Stone and then whatever I’m listening to currently.

It rarely ever includes Terrorvision.

This latest occasion was the 17th time I’ve seen them. More than anyone else except the aforementioned Bunnies.

And that can’t be by accident.

But watching them play to a fervent home crowd at Bingley Arts Centre before they headed out on tour in support of Thunder, I just thought that as a live act they’ve got it nailed. 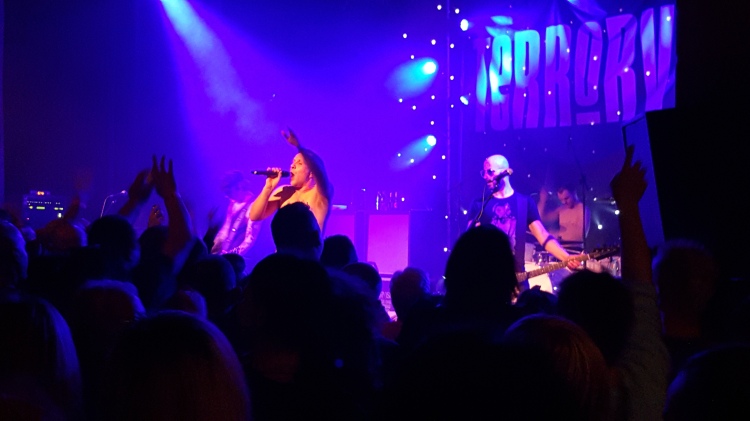 I’ve genuinely never seen them do a poor show. Once or twice I thought they were straining to be too loud and submerged the pop hooks that have always littered their best tunes, but otherwise, nine times out of ten – or 15 times out of 17 in my case – they’ve got it bob on.

This most recent show was in two halves. Maybe one of the halves is going to make up their support set, but whichever they chose would be a barnstormer.

They don’t do mumbled `thank yous’ or act as if they’re doing the fans a favour by being there . They do full on audience engagement, high fiving, taking cameras off fans to snap pictures on stage and giving every impression of enjoying it even more than you are.

And it’s never been any different.

I might never see Morrissey declare `it’s good to be back’ before Marr, Joyce and Rourke launch into Hand in Glove, but as long as I can hear Tony Wright declare `We’re Terrorvision from Bradford’, I’ll be happy enough.

One thought on “Still making friends”